So after that not too profilic Janurary and February for the blog, it is back to business as usual here. The first album review of the year is on an album that was released last year and has already been included in my favourite Irish albums of last year. So you might have an idea of how I regard this the début by Hidden Highways. 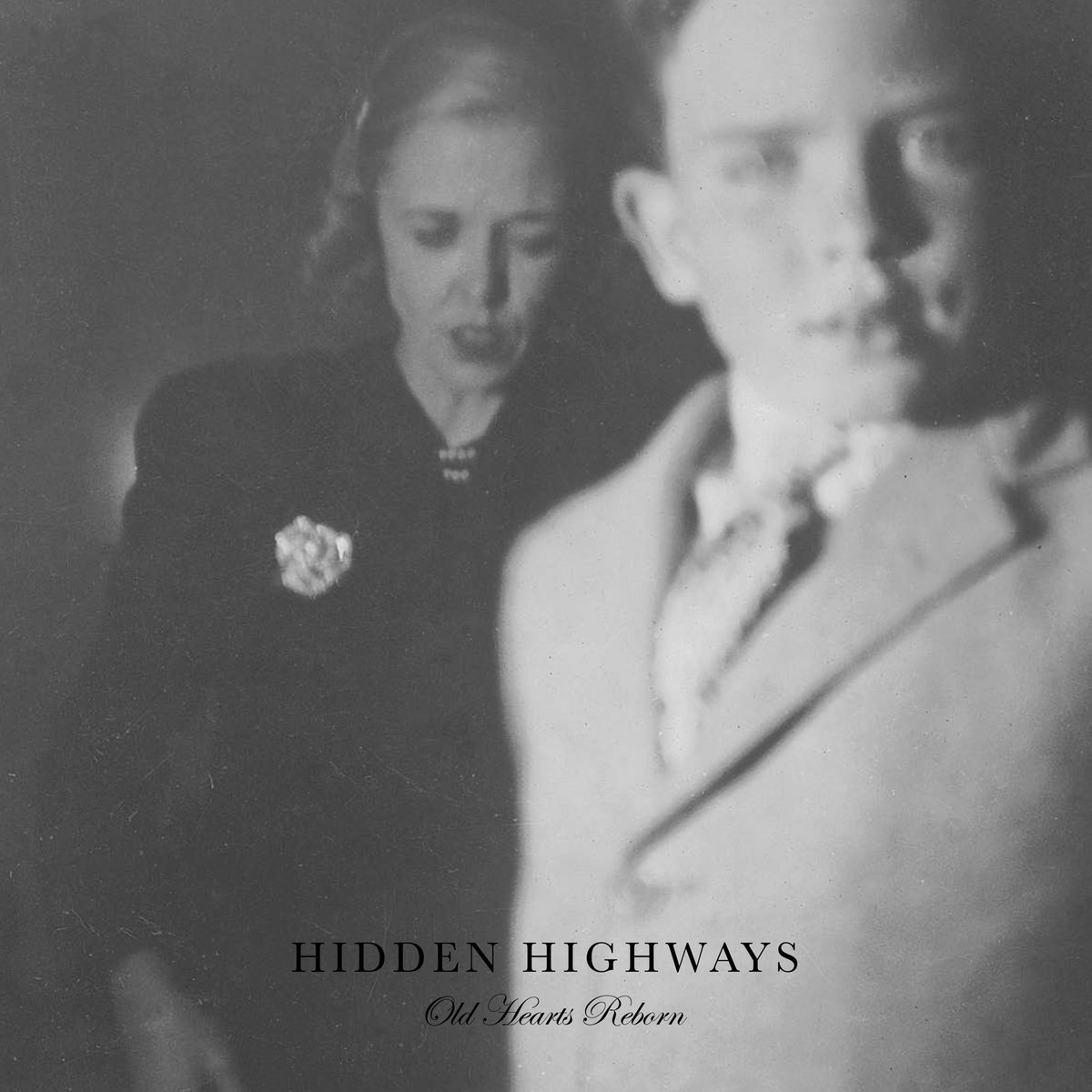 Hidden Highways are a two piece folk group. The members; Carol Anne McGowan and Tim V. Smyth met in Windmill studieos in 2009. Discovering that they had a shared interest in folk and country, the two decided to form Hidden Highways and have been working on the project since. They released a four track ep early in 2012 and with the help of a Fundit campaign, recorded and released the album “Old Hearts Reborn” last year.
The one overriding thought or construct that kept floating around in my head listening to this album was strangely, time. The album clocks in at about 34 minutes but time is probably the last thing you will be thinking about when you listen to this record. Every melody is timeless. The voices seem to echo from a different place or time. That is what initially catches you about this record.

Featuring nine original and one Townes Van Zandt cover, the album opens with “Empires of Old”. Sounding that it is coming to us over a lost broadcast of the Grand Ole Opry show, “Empires of Old” perfectly sets the tone of whats to come on the record.

One of my favourites on the album is the Townes Van Zandt cover “The Velvet Voices”. Bringing the original to a more comptemplative pace, the version here lets the lyrics take centre stage with capticvating backing vocals and arrangements soaring around those words.

When you think about it, it is quite an achievement to stop one in their tracks with the power of acoustic guitars, pedal steel, autoharp, bass and vocals but that is what this album easily does. Content with never needing to over-populate the songs with instruments, the melodies are easily assessible and heartingly soulful. “The World began with a Waltz” is a perfect example. The voices are the principle instrument with the haunting pedal steel echoing through the song.

All through the album you are subtly reminded that this is not an album of now. Track titles like “Empires of Old”, “Next Time Round” and even the album title “Old Hearts Reborn” suggest the songs are constructed (both lyrically and musically) to place them somewhere else. Not of today but not of the past either, this album exists in its own little place where now and again we can visit through the flick, switch or the press of a button.

All the clichés could be used here: haunting, ethereal, gentle. Yet if there ever was a collection of songs that these overused adjectives were to apply to, it is this one. How many different ways can you can hauntingly beautiful? I imagine if Rufus and Martha Wainwright made a country record, I like to think it still wouldn’t be as good as this.

You can find out more on Hidden Highways through their own Facebook page. You can purchase the album itself on Bandcamp. Hidden Highways are due to play the Rythem & Roots festival in Kilkenny on the May Bank Holiday weekend if you want to catch them live.
Photo: hidden Highways/Bandcamp