I have never been too prompt with my album reviews. Probably one guarantee of why I could never become a professional writer. Deadlines are just lines in the sand. What this process lacks in promptness offers the opportunity to really engage with the music that I am sent and allow it to soak in. So with that caveat in mind here is a review of Paul Creane’s latest release from February. 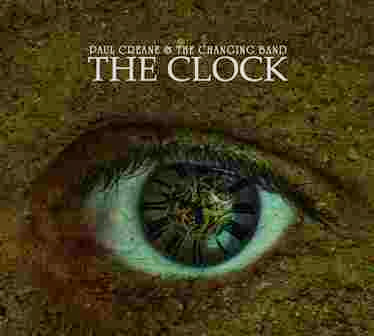 Paul Creane and The Changing Band have described themselves as a band within a band. Led by Wexford man Paul, the band also features the talents of Cillian Byrne (bass), Lorcan Byrne (drums) and occasionally multi-instrumentalist Footzy Byrne. The group was expanded for the recording of the new album to include violin player Lotta Virkkunen and multi-instrumentalist/producer and engineer Dodo Byrne as well as The Changing Choir. The band have been going since 2011 and released their début album; “Tommy Black and the Twelve Days of Lucy” the same year. The band have also been featured on Eirecana previously.

While Paul and the Changing Band have always dwelt in the region of pop alt-country/americana, the new album, ‘The Clock’ is a more mellow folky affair. The album opens with the slow burning ‘Low Ground’. An instrumental dominated number that gently established the mood and timbre of the record. Listen to a live version here. The album continues with the very radio friendly and very enjoyable ‘In Lieu of You’.

This album is focused very much on the lyrics. Words of the themes of principally love. As such the style of melodies tend to match the imagined appropriate style of this topic.Thus when a more punchy number like ‘Baby I’m Down (but I’m Getting Up) comes along, the foot-tapin’ melody quickly takes you in. Another track ‘She was an Adventure’ again has momentum and arranged in a supurb manner.

The impact of some of the songs are lessened by the middle section where the waltz-like pace of a number of the songs can almost lull the listener. As the album progresses, some of those downbeat tracks like ‘Come Drink with Me’ and ‘Asking Questions’ tend to be not as affective. Still though the band take risks on these songs. The addition of a horn section on ‘Sorry for the Sadness’ echoes The National and gives the song a distinguished edge.

Lyrically led ‘I can’t let go of the Cigarettes’ does impress the sadness of the breaking up of an relationship. Closing with the rousing ‘You Always know What You’ve Done’ complete with the backing vocals of The Changing Choir, it is easy to appreciate the style of the record.

An album that is lyrically led, The Clock is an consummate affair. Finely written, produced and arranged, it is a mellow album that would have been helped more by the inclusion of more melodies in the style of the excellent ‘In Lieu of You’ and a shaving of some of the slower numbers. Still if you are a fan of Ryan Adams and looking for something similar, you can’t go wrong here.

You can find the album to purchase on iTunes. For more information, check out the the official website and the Facebook page.
Photo: imro.ie