I was shocked to check in here and learn that I have not posted on here since the third week of October. That is almost a month ago. That is probably the longest Eirecana has gone without posting. It is a sad state of affairs. I could say that the radio show is keeping me distracted but it shouldn’t be to this extend. So I’m back with a pledge for more frequent posts. My return to blogging features some fine music from one of Ireland’s foremost americana artists; Pete Cummins. 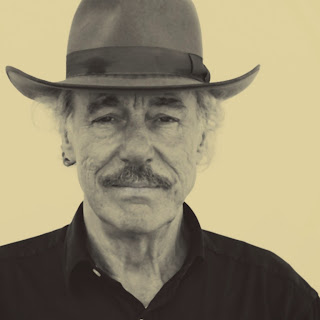 Pete has been on the musical road for a good few years. During that time he has recorded with many artists including Towns Van Zandt, Nancy Griffith (whom incidentally he won a Grammy Award with) and more. Pete started recording music in 1968 with the band Granny’s Intentions. During the 1980’s he formed and led the Fleadh Cowboys, recording two albums and touring quite extensively with the group.

Despite all this work playing in bands, as a session musician, Pete only released his first solo record in 2008.

Titled “The Brilliant Architect”, the album features Pete’s varied musical styles. The album moves from brass-led serenades like “Delivery Man”, anti-war anthems “Flowers in Baghdad” to straight out country-rock “Damaged Man”.
My favourite though from the album is the radio friendly Crazy Horses-esque “When It Comes to Tears”. Full of guitar licks, some great riffs, its a track that ddemonstrates Pete’s skills in crossing the many boundaries of americana, rock and country.

One of the most affecting tracks on the album is a tribute to journalist Eugene Maloney. “Sacred Ground” melody captures the mournful mood with steel guitar adding that air of melancholy to the lyrics. The faster paced solo offering a contrast against the lap steel.

One of the sharpest tracks on the record is “Mrs Bloom Girls”, a commentary on the recession and illegal money lending. Built up against a angry but composed melody, the words are filled with quite anger.

Check out a selection of Pete’s music on Soundcloud. You can listen to “Crooked Highway” in full on Bandcamp. As well as that, you can purchase hard copies of his two solo releases on CD Baby. For more on Pete, gigs and the like, I’ll refer you to his website here.