As it’s a nice relaxing Sunday, I decided to go in search of some nice relaxing music to blog about. Instead I came across the raw blues and lap-steel of NC Lawlor. Honest, humble and stirring, his sound is perfect for Sunday evenings. 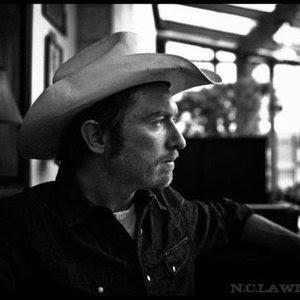 Long-time busker NC Lawlor has been prolific on the blues and roots scene in Dublin for a number of years. NC or Niall reminds me of the old school troubadour musicians. Niall is pre the internet age. While he does have a Facebook profile, you get the feeling that if he has some gig to promote, he might let you know but that he doesnt worry about the schedluling social media posts for the following two weeks. I appreciate that about Niall and his music. You either are lucky enough to come across his sound, his gigs via catching him live or word of mouth or not. It’s that simple. You’re not bombarded with sponsored posts, emails etc. Often talent is not as worried as the rest of the world is about it been found.

Niall has been busking on Grafton street for a number of years where he has built up a reputation with his distinctive style, lap steel prowess and cowboy hat. From that he has progressed to giggingin a number of pubs around Dublin as well as the occosional roots festival. NC’s music is scattered all over the internet.You have to go searching for it. One tune that I found on Soundcloud that I am currently wearing out the laptop repeating. Torn is aggressive blues. Building up to a great chorus led by N.C’s steel guitar, the melody is a powerful, punchy number that has you foot-tapin’ from the off.

For N.C’s other songs, you have to look on Youtube. The twelve minute long “Gary” is a beautiful, meandering tune that feels perfect as the soundtrack to a bright sunny morning. I say meandering in a good way. Often musicians cut tacks that they are in a rush to or feel pressure to have in digestible chucks. In other words the feeling of a song might not be given the time to breathe. That happens here.

From browsing the various Youtube of this songs, it feels like NC Lawlor has two contrasting styles. One the straight-up raw blues, another a souful, relaxed, reflective style in which his skill with a gutiar is clearly evident.

One thing I have taken from researching the sound and discography of N.C. Lawlor is that sometimes the wrong musicians gets all the attention and some that deserve it, don’t.

You can catch NC live. The most likely place to find out the details of his next gig is though his Facebook profile. He currently plays weekly at the South William Bar on Sundays. As for the discography of N.C. Lawlor, check out this search on Youtube for a good start.

Previous Post: The Mariannes ~ A band willing to experiment with limits of the alt-folk genre
Next Post: Live Preview: Doolin Craft Beer and Roots Festival